If you do, then we got you.

get a quick quote

have a little more time?

Get a detailed quote. 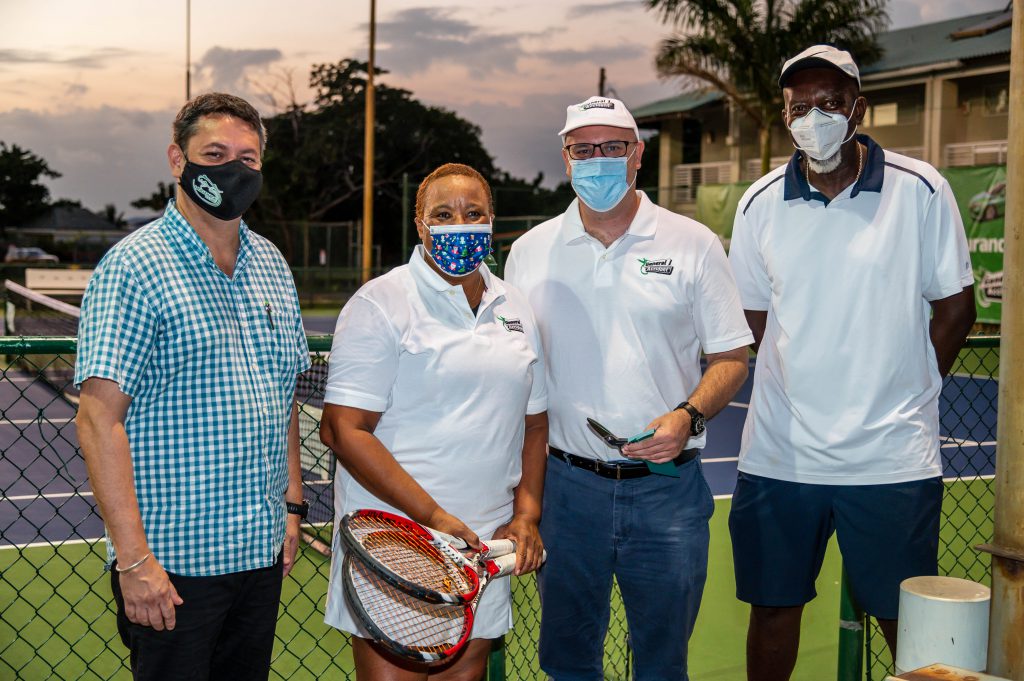 Courts C and D were improved by General Accident Insurance (Jamaica) Limited (GenAc) at the cost of $5 million.

Avid tennis player and managing director of GenAc Sharon Donaldson said the courts are a medium for players of all ages to continue enjoying the game.

“General Accident believes in a healthy lifestyle and this is our small contribution to that objective,” she said before declaring, “I believe that there are many Serenas and Federers in Jamaica. All we need is the infrastructure to get them to be the top players of the world. If we are world-class athletes, we can be world-class tennis players.

“It starts with the infrastructure and this is our contribution. I hope other members of Corporate Jamaica will come out, because once they win a game at Wimbledon, we are going to be proud Jamaicans,” Donaldson said.

The courts, which had deteriorated significantly over 25 years, were repaired and resurfaced with Plexipave. The globally accredited tennis court surface can withstand all-weather play and advanced resistance to ultraviolet rays. It is made from 100 per cent acrylic latex, the coloured surface has been formulated for use over asphalt. It is fast-drying, low maintenance, ultra-durable and gives true ball bounce.

This is the second upgrade support the insurance company has given to the Club, as two other courts were renovated seven years ago. This renovation is expected to last for 10 years.

General manager of Liguanea Club Gareth Walker said the GenAc lifted the spirits of the club and the sport of tennis.

“General Accident’s continued commitment to refurbishing Courts C and D even in light of the existing challenges,” said Walker. Corporate partnerships like that of GenAc are a vital element to the Club’s sustainability. It will bring an improved experience to all the players.”

Azar said: “The courts are a world-class addition to the Club… as with any other sporting discipline the quality of the playing surface is of paramount importance, both for training and competition. [The courts] will be put to good use and will certainly benefit all those in preparation for local and international competitions.”

He also commended the Liguanea Club for its ongoing enhancement of the facilities for its members as well the tennis community.